Proclamation of the Word of God 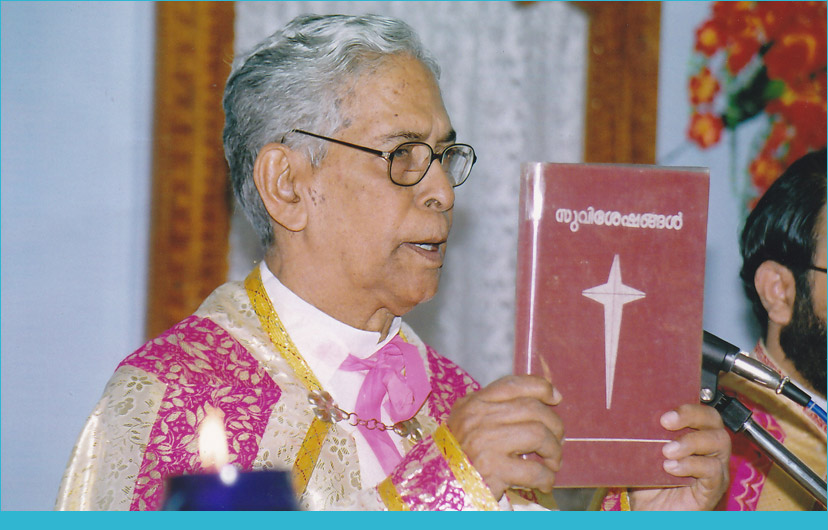 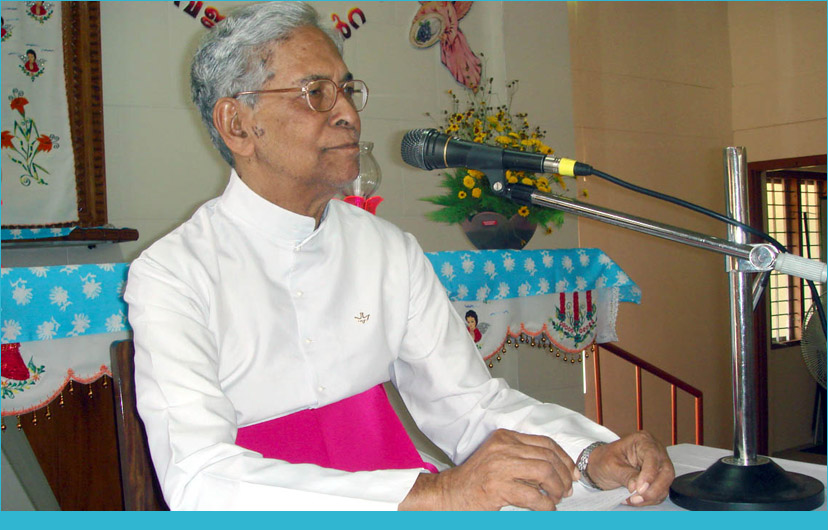 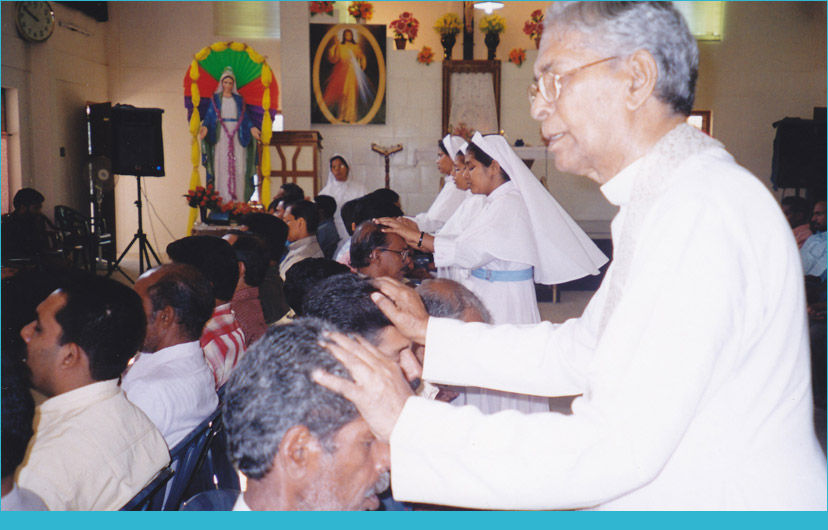 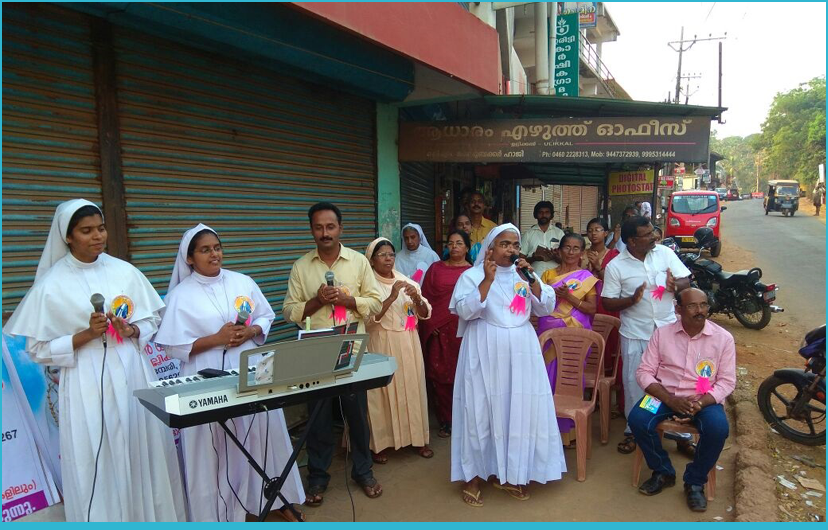 The mission of the Church is that of building up the Kingdom of God by proclaiming the Word of God. So the MSMI, tries to play an active role in this respect, in cooperation with the Church. Christ proclaims salvation as the fundamental element, the central point of His good news. Faith formation transmits this message of the Kingdom, central to the preaching of Jesus. This proclamation of the Word of God takes its active form in the contribution of the MSMI through conducting ‘retreats’ to renew one’s relationship with God and with others. St. Paul writes, “faith comes from what is heard, and what is heard comes through the Word of Christ” (Rom 10, 17). It underlines the need to proclaim the Word of God in order to raise the faith of the people in Christ and to experience the redemptive love of Jesus. The Word of God is active and has transforming power for those who believe.

Jesus Christ transmits not only the Word of God, He is the Word of God, the Word made flesh and His voice continues to resound in the Church and in the world through the Holy Spirit. ‘Retreats’ reawaken and deepen the people in faith in Christ and help them live with Christ’s attitude in their concrete life situation, thus it manifests its great repercussions for man and the world. It was the founder’s words to the members of the MSMI, “Jesus sent his disciples to the four corners of the world to preach the message of love: just like that, I send you to the whole world to do the same mission of teaching and preaching the people.” The fundamental thrust of this apostolate of the MSMI realized in the vision of the founder, “renewal of the whole Church and salvation of souls.” This is done through establishing and running retreat centers, conducting seminars, conventions and prayer groups, thereby taking every effort to deepen the people’s faith in Christ. At present the MSMI has 4 retreat centres: Nirmala Retreat Centre, Kulathuvayal, Gethsemane Retreat Centre, Kozhikode, Jordania Retreat Centre, Nedupuzha and Zion Retreat Centre, Nellikutty. Sr. Elsis Mathew is the general coordinator of the apostolate of evangelization.

Mathew 28:18-20 -“Jesus came and spoke to the eleven disciples, saying ‘All authority has been given to Me in heaven and on earth. Go therefore and make disciples of all the nations, baptizing them in the name of Father and the Son and of the Holy Spirit, teaching them to on serve that I have commended you; and surely I am with you always, to the very end of the age’ Amen ”

We, Sisters of MSMI Congregation are lively in Biblical street evangelism is the act of sharing the knowledge of the New Covenant through Christ in public places with others using Wisdom and taking into consideration all culturally, socially and legally acceptable practices.

Street preaching is the public proclamation of the law of God and the Gospel of Jesus Christ, as well as the public reading of Word of God. It has been always a part of Christianity. It helps exclusively on the sovereign work of the Holy Spirit to quicken dead hearts to a new life as sinners hear the word preached.

MSMI Congregation Sisters, Preaching at streets,  open-air preaching, street evangelism or public preaching, by definition is the act of evangelizing a religious faith in public places. The biblical way of preaching openly in a public area and leading sinners to repentance. God often sent prophets to preach the Truth to the nation of Israel and this came in many forms.

MSMI Congregation encourage by giving the street preaching to support the idea that open-air preaching is biblical and legitimate is to fulfil the Great Commission, namely the Commandment given by Jesus to preach God and His Word to all the nations.

In the New Testament the first example of open-air preaching we see is John the Baptist preaching publicly. God had sent him to preach repentance to the nation of Israel and to prepare the "Way of the Lord", as Jesus was about to reveal Himself as the promised Messiah. He did not preached on the corner of a street, yelling at every single person walking by, and he didn't preach how much God loved everybody, either. People gathered around him at the Jordan, because they heard he was preaching repentance, and he baptized everyone who came to him willing to renounce their sins.

Street preaching is biblical when we are dealing with people of a believing nation, city or town. It is biblical when all the people of that nation, city or town know God and are in Covenant with Him, as it was the case of ancient Israel. it is also biblical when they do not know God yet, but are willing to repent of their sins corporately, as a nation, city or town, but let's remember that this type of situation is pretty unusual and definitely out of the ordinary, in fact, we have only one example of this in the Old Testament when Jonah preached to Nineveh. We have also noticed that Preaching Openly in a Public Area is biblical when it is done with wisdom, never yelling or bothering anybody, always around believers or people interested in hearing the message the preacher is sharing and when they gather around him to hear the message on their own initiative. Open-air preaching is never done playing loud Christian music or singing Christian songs or dancing; it is never done by drawing attention and attract passers-by. It is always done by preaching and teaching using wisdom.

We MSMI Congregation taught and self-assurance in as: Jesus commanded us in Mark 16:15-16 - "Go into all the world and preach the Gospel to every creature. He who believes and is baptized will be saved; but he who does not believe will be condemned." And this St. Paul did.  In fact, in Colossians 4:5-6 Paul says "Walk in wisdom toward those who are outside, redeeming the time. Let your speech always be with grace, seasoned with salt, that you may know how you ought to answer each one."