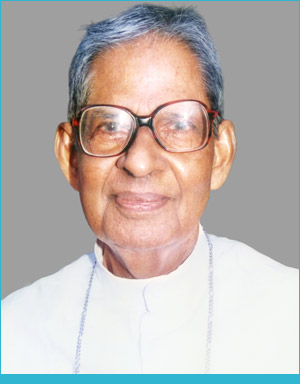 The congregation of Missionary Sisters of Mary Immaculate occupies the 19th place in the chronological order of indigenous congregations in the Syro-Malabar Church. A noteworthy aspect of the congregation is that it was established at the time of the convocation of the Vatican Council II, inculcating and absorbing the teachings of Vatican II. The history of the congregation shows that it was founded to meet a pastoral necessity. Soon after the Second World War, there was a large scale migration of Christian families from Travancore moving towards Malabar, the north of Kerala, caused by financial crisis, poverty and scarcity of land for cultivation. The conditions of the migrated families in Malabar were utterly miserable. They had to face enormous problems at the initial stages of their migration; poverty, lack of medical care, educational facilities and faith formation for children, family problems, lack of spiritual and moral assistance etc. Besides, the family set-up was highly traditional and was based on the patriarchal system of domination and control resulting in the subordination of women. The women, finding no reliable persons to share their problems, often had been in a condition of hiding and of suppressing their negative emotions and feelings. They were the people considered to be slaves even in their own house. Feeling at home was far away from their life and brought to them hard experiences of tragedy and suffering. Even now in some parts of Kerala the womenfolk does not have the liberty to speak and move freely, how difficult it must have been for the then-womenfolk! In order to be a support to them came Msgr C. J. Varkey. Thus the pressing pastoral, social and educational needs of the society and the ecclesial community provided the background for the foundation the MSMI.

He expressed his desire to His Excellency Bishop Mar Sebastian Valloppilly, the then Diocese of Thalassery and His Excellency wrote to the Sacred Congregation for the Oriental Churches for permission. With the consent of His Excellency constitution of the new congregation was drafted by Msgr C. J Varkey. Sacred Congregation for the Oriental Churches carefully studied about the starting of the congregation and gave the required permission by two letters Prot. No.178/61dated 16.05.1962, 18.06.1962 respectively.
The beginning of the congregation of MSMI was as a ‘pious union’ titled ‘Sisters of Mary Immaculate’ on 8th September, 1962 at Kulathuvayal. Msgr C.J Varkey greatly desired to widen the redemptive love of Jesus by the special inspiration of the Holy Spirit.

According to the proposal of the directives of the second Vatican Council the constitution was revised in 1972 and they were submitted to the Sacred Congregation for the Oriental Churches for the approbation. They approved the constitution and authorised Bishop Mar Sebastian Valloppilly to raise this community as a congregation. (Prot.No.178/61 dated 02.05.1973). According to the suggestions of the Sacred Congregation, the name of the congregation was changed into Missionary Sisters of Mary Immaculate, because there already has been in India, a congregation named ‘Sisters of Mary Immaculate’. In accordance with the suggestions of the Sacred Congregation, Bishop Mar Sebastian Valloppilly declared officially this community as a congregation of diocesan right on 18th July 1973. On 15th Oct 1988 Pope John Paul II raised this congregation to the status of Pontifical Right (Prot. No.178/61 dated 15.10.1988).

The congregation is engaged in different apostolates in twenty five dioceses in India and four dioceses in Germany, Italy and America, aimed at the dissemination of the Kingdom of God. The Golden jubilee of the Congregation was celebrated in the year 2012. In connection with the Golden jubilee a documentary film titled Anugrahathinte Vazhiyil was released. 50 years of the history of the congregation was recorded and published on May 31, 2014 titled MSMI Charitrapathangalilude. 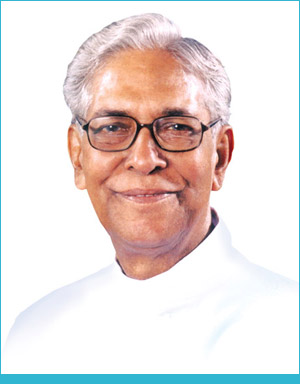 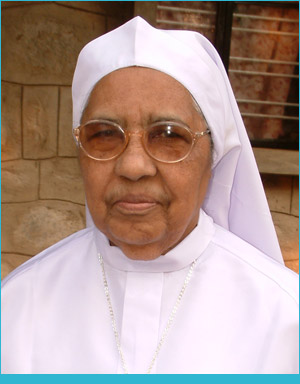